Polaroid is no longer in business 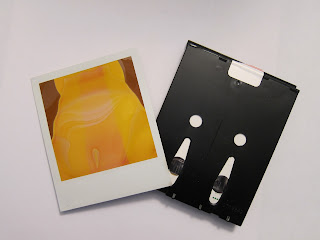 This is a fact. Unfortunately unscrupulous vendors are using this to jack up prices on Polaroid instant film, particularly Polaroid 600 film and Polaroid 600 cameras.

Asking prices for the camera on Amazon are:

And for the film on Amazon are:

You may ask why I am bringing this up.

Well a good friend of mine had the idea that for her wedding she would use an old Polaroid 600 camera at the guestbook station. The idea was that the guests could take their pictures with the Polaroid, stick the photos to the book, and write a short message.

Well, she tested some old film that she had been loaned, which was from 2004, but was well cared for, and it worked. The color wasn't perfect, but it worked. So she decided to order some "new" film on Amazon from "mgiwarehouse". You can see the prices that mgiwarehouse charges for this film and the camera.  She decided to buy a 3-Pack of film from mgiwarehouse at the same prices shown above. That would make it roughly $50 for a pack of 10.

The wedding night came around and she set up the book. The first few pictures from the pack of film she  was given worked fine. Then came the mgiwarehouse film. Not one, not two, but all 3 packs of film failed. The pictures were orange blobs and leaked in the camera. The batteries went dead after 2-3 shots. There she was, on her wedding night, the day she waited for with anticipation for all of her life, and there would be no pictures for the guest book. She was out over $150 dollars, wasted on an unscrupulous vendor who took advantage of her.

Unfortunately, I was not there to examine the base of the packs when they were opened, or it would have been immediately obvious to me that the packages had been recycled. The battery contacts were scratched, mashed in, and clearly used an recharged. There is no telling how old the film was and the foil wrapping appeared to have been reglued.

When she tried to ask for some form of refund or compensation, she received a message stating that it was her fault for buying "expired film".  I am hoping to get the exact response to post here, but what I have for now is that "We have clearly specified that films are expired, plus Polaroid is no longer in business". There was to be no refund of any type. mgiwarehouse said that it was all her fault.

The above listings are a direct copy and paste from Amazon's site this evening! The listing clearly states "New"!

I will post some pics of the packs, once I get my hands on them, to show you what I saw when she quickly showed them to me.

Lets put an end to this now so that no one else has to experience this on their wedding night!

It only takes a minute to go on Amazon and write a review. There are already a few, but somehow they have managed to get buried.

Since I always try to provide a solution, if you want an instant film camera, look at the new Polaroid 300. It is from the "The New Polaroid."
Posted by Unknown at 7:06 PM